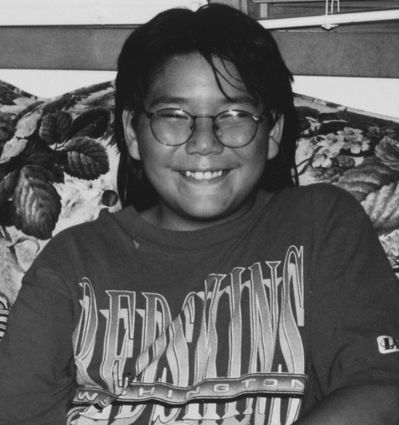 Lawmakers are calling for a law to prevent the horrendous crime spree that occured when James "Sonny" Goggles, 50, and Stallone Trosper, 29, members of the Northern Arapaho Tribe, were shot in the head on July 18. Trosper, pictured here as a young boy, was killed while Goggles was critically injured and may never walk again.

RIVERTON, WY-James "Sonny" Goggles, a member of the Northern Arapaho Tribe, remains in serious condition after being shot in the head in Riverton, Wyoming, on July 18, 2015. His family is raising funds to aid his recovery.

Wyoming Democrats are pushing for hate crimes legislation in the wake of an attack that left one member of the Northern Arapaho Tribe dead and another with serious injuries.

Stallone Trosper, 29, was killed after being shot in the head while he slept on July 18. James "Sonny" Goggles, Jr., 50, remains hospitalized and may never be able to walk again after also...