A spiritual and diplomatic leader 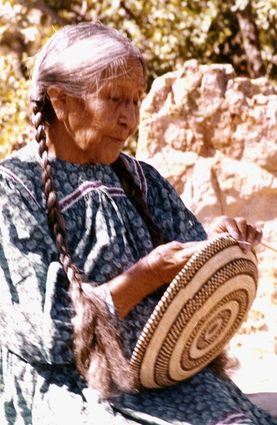 Chief Viola Jimulla was a bridge builder who formed a bridge between two cultures-Anglo and Indian. She honored the traditions of her tribe but was true to her faith as a leader, Sunday school superintendent and interpreter in her Presbyterian church.

Viola Jimulla (1878–1966) was the Chief of the Prescott Yavapai tribe. She became Chief when her husband, who was also a Chief of the tribe, died in an accident in 1940. She remained chief until her death. She was known for improving living conditions, and for her work with the Presbyterian Church.

Viola Jimulla was born in 1878 on the San Carlos Apache Reservation. She was named Sica-tuva, "Born Quickly," by her parents, Who-wah, "Singing Cricket" and Ka-hava-soo-ah, "Turquoise Bead in Nose." When attending Rice Indian School and the Phoenix Indian School she took the na...