Carrying a message of hope to Alaska and beyond

The 2015 Carry the Cure Iditarod Tour 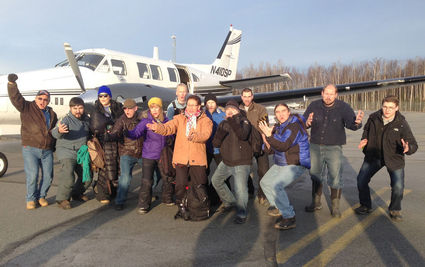 The Carry the Cure Iditarod Team ready to take off on their adventure to visit several remote Alaskan communities and share through music and spoken word. They would not be disappointed.

GALENA, AK-Once again Carry the Cure's Iditarod Tour was a huge success as the team of thirteen flew to several remote villages to hold concerts and speak in various school assemblies. 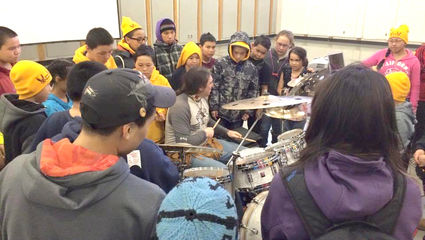 Broken Walls drummer Bill Pagaran has a way of drawing in the youth. Here he is giving one of his famous "drum sessions." Bill is also the President of Carry the Cure.

According to CTC President Bill Pagaran, hundreds of people responded to the message. "The team had the opportunity to pray for the beautiful people of Alaskan villages both young and old. We lead people in prayers for healing, deliverance, encouragement and much more."

"We had many times of praying for deep issues in people's hearts. We made friends and built new relationships."

Pagaran states that they encouraged pastors, leaders, and Christians that were in need of fellowship and instruction.

The team included the Broken Walls Band and several other Native leaders.

"I believe that we are seeing the beginning of an awakening in the state of Alaska," Pagaran, who is also Broken Walls' drummer, concluded summing up his report on another successful and blessed Iditarod tour.