By Story by George McPeek Art by Don Monkman

Whiteout: Adventure from the Past 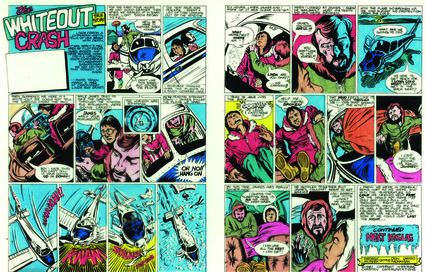 This year marks 33 years since this accident happened which claimed the life of pilot James Andres and critically injured Linda Fortin. We thought you would like Don Monkman's artistic retelling of this life-changing event. This comic appeared in the November-December 1987 and January-February 1988 issues of Indian Life Magazine.

Linda Fortin was in nurses' training when she took a flight that would change her life forever. In 1983, she went to the University of Manitoba for the Special Pre-medical Studies Program. During the summer of 1984 after her practicum in South Indian Lake Nu...