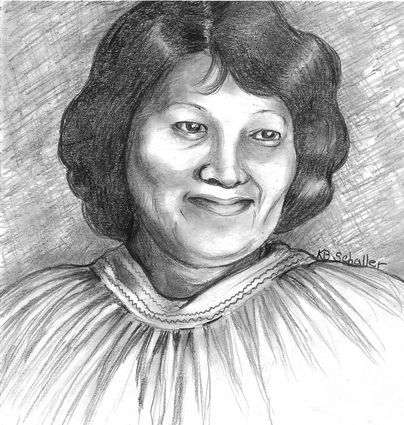 Betty Mae Tiger Jumper was an incredible woman. She was one of two women appointed by U.S. President Richard Nixon to the National Congress on Indian Opportunity and inducted into the Florida Women's Hall of Fame. Florida State University conferred on her an honorary doctorate of humane letters degree for her many years of commitment to improving the education, health, cultural and economic conditions of her people. Yet she was a humble person whose faith came first in all she did.

• Inducted by the governor into

the Florida Women's Hall of Fame

• Received presidential appointment to the National Congress on Indian Opportunity.

The first and, to date, only female chairperson of the Seminole Tribe of Florida, Inc., Betty Mae Tiger was born in Indiantown, Florida on April 27, 1922 to a Seminole mother and a Euro-American father.

Born in a time when children of Euro-American heritage were believed to bring "bad luck" to the tribe, traditional Seminole law demanded that they be put to death.