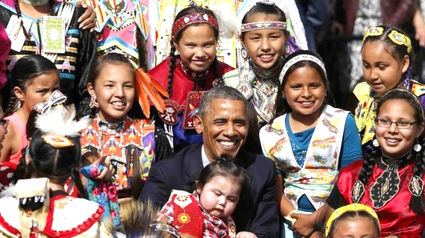 President Obama on December 3, 2014 announced an initiative to improve conditions and opportunities for American Indian youth, more than one-third of whom live in poverty.

WASHINGTON, DC-U.S. President Barack Obama announced an initiative on Wednesday, December 3, 2014, aimed at improving conditions and opportunities for American Indian youth, more than a third of whom live in poverty.

Obama's Generation Indigenous initiative calls for programs focused on better preparing young American Indians for college and careers, and developing leadership skills through the Department of Education and the Aspen Institute's Center for Native American Youth. Members of the president's staff also plan to visit reservations next year.

The White House did not provi...