Do only men of faith achieve greatness? 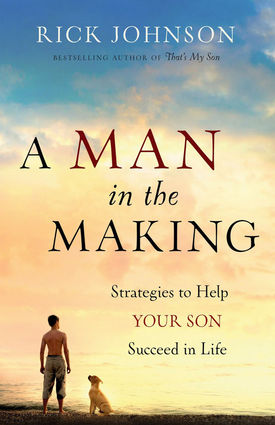 Cover of Rick Johnson's new book. "We need to have the courage to raise men of great faith and character."

"I am very doubtful whether history shows us one example of a man who, having stepped outside traditional morality and attained power, has used that power benevolently."

I was raised in an alcoholic home with all the disadvantages that environment brings with it. I was raised to believe that religion was a crutch for weak people and that all Christians were hypocrites. By the age of forty, after attaining all that the world says should make you happy and successful, I found myself yearning for more. Something was missing. I had a hole in my soul that could not be filled by succ...