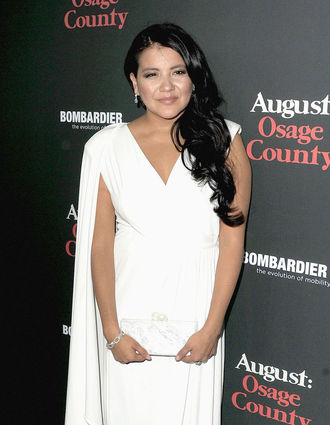 Actress Misty Upham disappeared on October 5 and was later found dead. Family says she was murdered although police reports suggested there was no foul play. Her family and friends await the final results from the coroner.

WINNIPEG, MB-Up and coming actress Misty Upham disappeared on October 5 and was later found dead. Actress Juliette Lewis believes that Miss Upham was murdered and she along with Misty's family is calling for an investigation into her murder.

Upham appeared in over a dozen films including August: Osage County and Django Unchained. According to her family, she suffered from depression, anxiety and bipolar disorder. However, they do not believe that the actress was suicidal.

According to reports, upon examining her body, members of her family believe that she was killed some other wa...