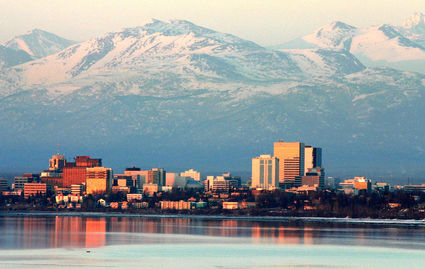 Some 5,000 delegates gathered at the Dena'ina Center in downtown Anchorage, Alaska's largest city, for the Alaska Federation of Natives (AFN) annual conference. According to conference organizers, this was the largest convention held so far in Alaska. The conference theme was "Rise as One" with emphasis on subsistence, child welfare, and language.

ANCHORAGE, AK-Thousands of Alaska Natives gathered in Anchorage October 23-25, for the Alaska Federation of Natives (AFN) annual convention, the state's largest convention of any kind. Some 5,000 people gathered at the Dena'ina Center in Alaska's largest city.

This year's conference theme was "Rise as One" with emphasis on unity on issues like language, subsistence and child welfare.

While these issues took up much of the discussion and debate, there was a lot of politicking going on as well. Candidates for governor, a U.S. Senate seat, and Alaska's only representative in Congress...