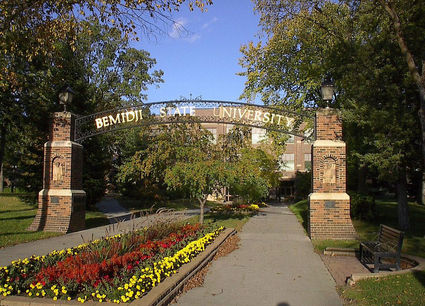 BEMIDJI, MN-Winds of Change magazine has named Bemidji State University one of the top 200 colleges in the nation for Native American students.

The Winds of Change Top 200 Colleges for Native Americans list features schools where American Indians are going to school in significant numbers and where the community, Native programs and support are strong enough for these students to enjoy college and stay on to graduation. The list focuses on a college's native community and support system, and this year adds data measuring undergraduate degrees in science, engineering, technology and mathematics-related disciplines for all students and for American Indians and for the six-year graduation rates of all students and for American Indians.

"We are very proud to have Bemidji State University included on this prestigious list," said Dr. Anton Treuer, executive director of Bemidji State's American Indian Resource Center. "We work hard to serve the needs of our growing and diverse native student population. Educational access is the key to economic opportunity and to strengthening native nations."

The magazine's data was compiled from the U.S. Department of Education's Integrated Postsecondary Education Data System.

Winds of Change is a nationally distributed magazine focused on career and educational advancement for American Indians and Alaska Natives, with an emphasis on science, technology, engineering and mathematics. The magazine is published quarterly by the American Indian Science and Engineering Society. Its special annual college issue features the Top 200 Colleges for Native Americans list. Winds of Change also publishes two biannual digital guides, the Job Hunting Guide and the Professional and Academic Development Guide.