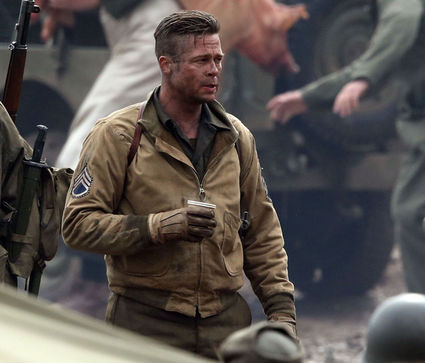 Brad Pitt, aka 'Wardaddy' is the commander of a Sherman tank, and an exceptionally good one-he's kept the same crew together since Africa, and that's an almost unheard-of feat.

This is the toast members of a tank crew all offer to each other at the end of a particularly intense battle sequence in the new World War II drama Fury. They're being sarcastic and/or ironic-all of them would rather be somewhere, anywhere else-but you get the sense that, even in the midst of the joke, they're also speaking the truth.

The adrenaline rush of a kill-or-be-killed situation is addictive, and there's nothing like putting everything on the line for a cause that you believe in. And so even though every one of them would whoop and holler at the chance to go home, you get the...