The Carol That Stopped a War 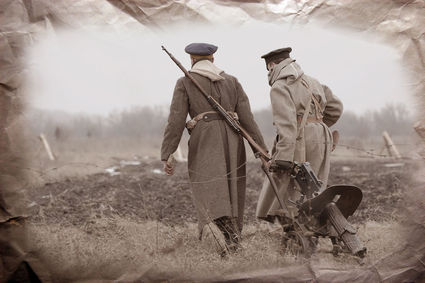 On the night of December 24th, 1914, the weather abruptly became cold, freezing the water and slush of the trenches in which the men were bunkered. On the German side, soldiers began lighting candles. British sentries reported to commanding officers there appeared to be small lights, raised on poles or bayonets. Although these lanterns clearly illuminated German troops making them vulnerable to being shot, the British held their fire. Even more amazing, British officers saw, through binoculars, that some enemy troops were holding Christmas trees over their heads with lighted candles in their branches. The message was clear: Germans, who celebrated Christmas on the eve of December 24th, were extending holiday greetings to their enemies. Within moments of that sighting, the British then began hearing a few German soldiers singing a Christmas Carol-Silent Night. Before long there was a short-lived truce as both sides celebrated Christmas.

When World War One erupted in 1914 launching the first great European war of the 20th century, soldiers on both sides were assured they would be home by Christmas to celebrate victory. That prediction proved to be false. The men on the fronts did not get home for Christmas as the war dragged on for four years. During that time 8,500,000 men were killed, with hundreds of thousands more dying from injuries. The "war to end all wars" took a horrific human toll and transformed Europe.

However, on Christmas Eve in December of 1914 one of the most unusual events in military history took plac... 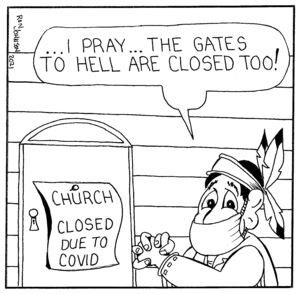