THE ROAD TO PALOMA and THE LESSER BLESSED 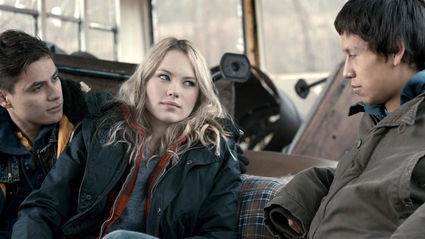 Joel Evans (right) plays a loner Dogrib (Tlicho) teenager who is contantly picked on and doesn't have any friends. He's in love with the prettiest girl in school, but can hardly say "hi" to her.

"The Road to Paloma" stars Jason Momoa, who also directed the film. Momoa, who is of Hawaiian, Pawnee, German and Irish descent, is probably best known for playing the fierce Khal Drogo in HBO's series "Game of Thrones." He's also the star of SundanceTV's series "The Red Road," which is about Ramapouh Mountain Indians in New Jersey. In fact, according to the Internet, he got that role because of this movie.

Momoa is easy to look at, an icon of beefy masculinity, but...