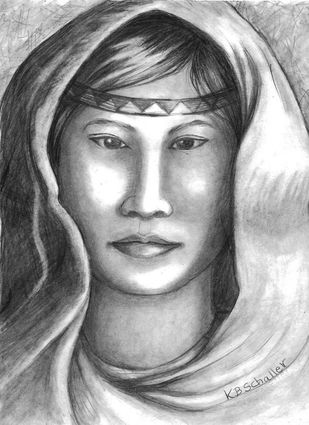 Born in the Mohawk village of Ossernenon (near what is now Auriesville, New York) of an Algonquin mother and a Mohawk father, Kateri was orphaned at four years of age when smallpox took the lives of her parents and brother, left her badly scarred, and with extremely poor eyesight.

Following the epidemic, her entire village was burned. Adopted by an uncle, Kateri moved with her new family to the community of Kahnawake. For the first time, she saw Jesuit priests--men the people called "Blackrobes". Their mission was to win as many Native American Indian people as possible to the Catholic f...