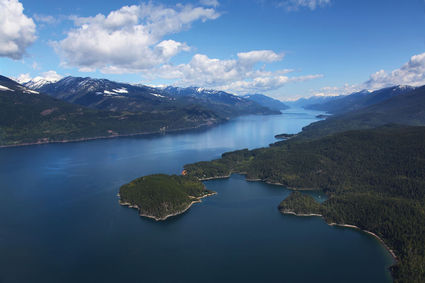 Fish Lake in British Columbia, part of the Aboriginal territory of the Tsilhqot'in Nation, which was included in the Supreme Court's ruling.

The Tsilhqot'in Nation, a coalition of First Nations, laid claim to about 656 square miles (1,750 kilometers) in the western region of the province. The Supreme Court of Canada affirmed their title to the land and said they have a right to use, enjoy and profit from it.

"In simple terms, the title holders have the right to the benefits associated with the land-to use it, enjoy it and profit from its economic development," the decision st...