singing and playing for a long time 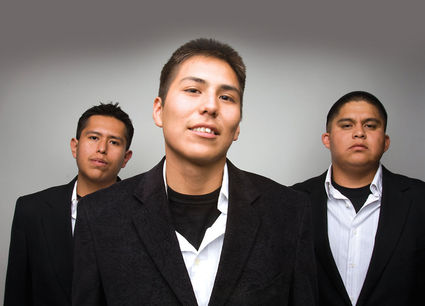 The Plateros are a three-piece family Blues Rock Power trio from New Mexico. Levi (center) is the lead guitarist backed up by his brother and cousin, and occasionally by his father, Murphy Platero, who writes most all the lyrics.

Now called "The Plateros" they feature Levi Platero, his brother, cousin, and father.

They are a three-piece family Blues Rock Power trio from Tohajiilee, New Mexico of the Eastern Agency of the Navajo Nation within the southwestern U.S.

They first came onto the music scene in 2004. In 2005, they were invited to the World's Largest Native Gathering in Albuquerque, New Mexico, for a 20-minute set on the "Reach the Rez Stage."

At the time, the lead guitar player, Levi Platero was only 12 years old. When he came out on stage, the packed crowd was amazed as the young guitarist slid across...