Doughnut Fundraiser: Why We Should Write 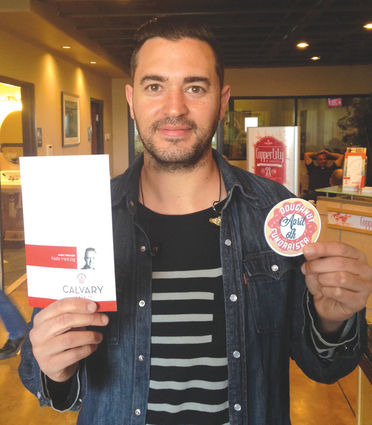 "Isn't doughnut spelled wrong?" Nick Crespo said. "Shouldn't it be 'donut'?" I looked it up and sure enough, both spellings are accepted. But Nick's question raised curiosity about the writing process.

SANTA, FE, NEW MEXICO-There's something about Santa Fe, New Mexico that's quite special. It may be the many museums and galleries that dot the landscape with art and history. Or maybe the confluence of cultures: Native American, Spanish, and Anglo. Or maybe it's the food or architecture? I'm not too sure. But it's probably the convergence of these-and several other unique elements-that makes this 400-year old city one of America's great cultural sites.

My recent excursion to Santa Fe was to attend a small writer's retreat sponsored by Calvary Albuquerque. A team of writers met to dis...