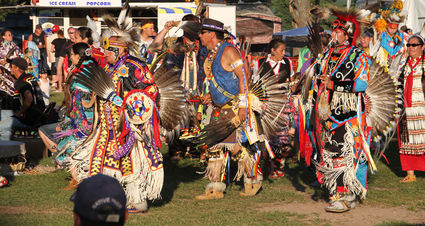 The 31st Annual Gathering of Nations in Albuquerque, New Mexico, is considered the most prominent Native cultural event in the world. Tens of thousands of people attend from around the world including over 700 tribes. There are also singing competitions, artisan contests, and many craftsmen displaying and selling their crafts.

ALBUQUERQUE, NM—The world’s largest gathering of Native American and Indigenous people took place on Thursday, April 24, 2014 in Albuquerque, New Mexico. The 31st Annual Gathering of Nations, considered the most prominent Native American powwow in the North America, again hosted tens of thousands of people and more than 700 tribes from throughout the United States, Canada, and around the world.