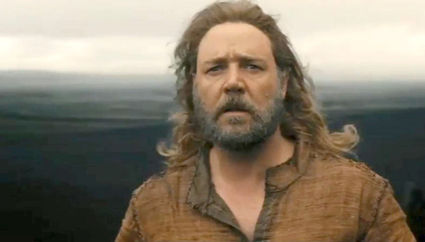 Darren Aronofsky, the film's director may or may not be a believer in God, but I'm glad I watched his film," writes Indian Life's film critic Willie Krischke. Through this film, "...I caught a glimpse of God's glory, the glory of the one and only Son, full of grace and truth. NOAH is a movie about a man struggling to understand how God can be full of both grace and truth. It's a struggle I can relate to, but one I'd certainly never seen before in the Noah story."

We have seen His glory, the glory of the one and only Son, who came from the Father, full of grace and truth. –John 1:14

The last part of that verse both inspires and haunts me: full of grace and truth. So often I err on one side or the other, either extending grace but ignoring the truth, which makes me an enabler, both of my own sin and that of my friends. Or I am full of truth but lacking in grace, coming down hard like a hammer, squashing those I am trying to challenge and exhort.

But John tells us that the glory of Jesus was that He was full of both grace and truth. I love that...