By Film Reviews by Willie Krischke

Twisting the knife for the sake of it

The Activist and Tiger Eyes 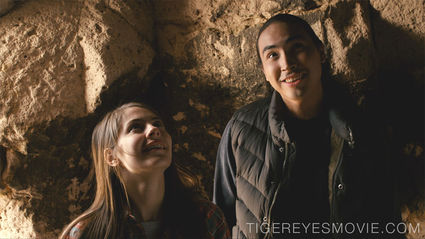 Russell Means' son Tatanka Means and his co-star Willa Holland are fine actors but there's no much onscreen chemistry between them. Hopefully there will be better films for both of them in the near future.

The Activist is a film set on (or near) the Lakota Sioux Pine Ridge Reservation during the Wounded Knee occupation in 1973. Cyril Moran, a Frenchman, directs it and the film has gotten more attention on that side of the ocean. It's not an easy film to find over here, but it is available on Amazo...