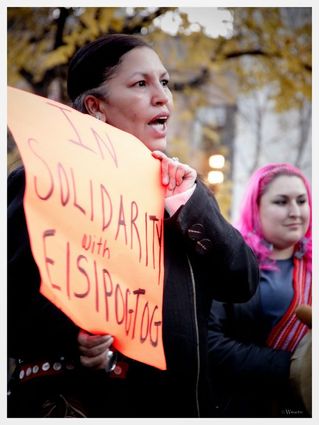 First Nations protests demanding explorative drilling in New Brunswick to stop, became violent when RCMP brought in reinforcements in an attempt to shut down the demonstrations.

ELSIPOGTOG, NB-Since June, First Nations people have held protests at a potential shale gas site in New Brunswick. However, recent protests by Elsipogtog First Nations and their supporters resulted in a violent clash when the Royal Canadian Mounted Police (RCMP) moved in to enforce a court ruling against the protesters' blockade.

According to the Canadian Broadcasting Corporation (CBC), First Nations leaders had raised concerns about the failure of the government and the oil industry to consult with First Nations before they started any kind of exploration or development.