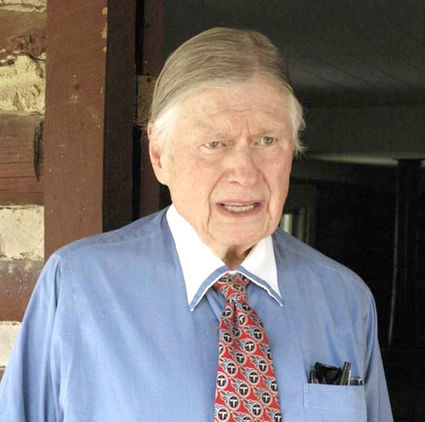 Bud Adams, a member of the Cherokee Nation of Oklahoma and owner of the Tennessee Titans, died on Monday. He was 90.

Adams, whose uncle, W.W. Keeler, served as chief for two decades, was born on tribal territory in Oklahoma. He was a successful businessman who founded the American Football League, which later merged with the National Football League.

"In 2000 he received the highest honor awarded by the Cherokee National Historical Society for his support and dedication to the preservation and promotion of Cherokee culture," the tribe said in a press release. "A member of the 'greatest ge...