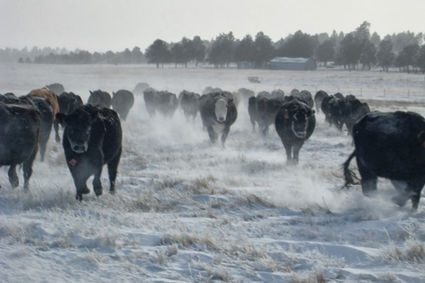 In this freak 100-year storm to hit South Dakota, there are reports that as many as 100,000 cattle were lost, stuck in frozen mud, many died from hypothermia, unable to find food and shelter.

RAPID CITY, SD-Heavy rains, winds, lightning, and eventually snow were the gifts that winter storm Atlas, brought to residents of Wyoming and South Dakota. The storm that has been labeled as a 100 year storm brought just over two feet of snow to the majority of areas in its path and up to forty in others.

The storm would leave tens of thousands without power and even more stranded in their homes and the most unfortunate in stranded cars alongside highways across the state. According to Black Hills Power the outages were the worst in the company's history and the company estimated that ther...