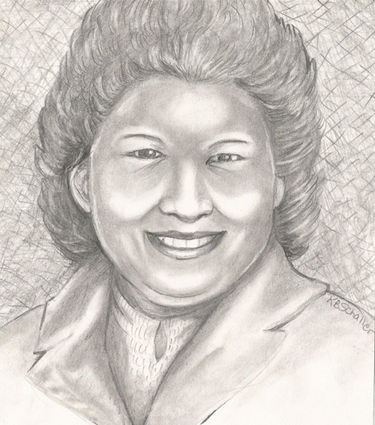 When Laura Beltz Wright died in Anchorage, Alaska in 1996 at age 87, Wright’s obituary described her as one whose “cheerful heart and home were always open,” and “an inspiration to all who knew her.”

Born in Candle, Alaska, Laura Beltz Wright was a member of the Eskimo Scouts, also known as the Tundra Army and the Alaska Territorial Guard (ATG). The units were created in 1942 during WWII out of the United States’ concern over enemy invasion of the territory of Alaska. They patrolled 5,000 miles of Aleutian coastline and 200,000 miles of tundra to defend Alaska and provide intelligence on any enemy operations. The Scouts also rescued downed US airmen.

Most women served as nurses at the field hospital in Kotzebue, but out of about 27 female members of the ATG, Laura Beltz Wright opera...