Moccasins for the royal baby 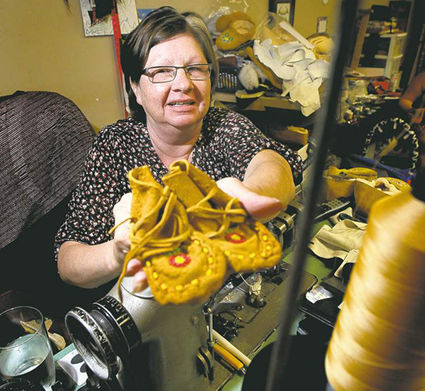 Edna Nabess shows off the pair of baby moccasins she made in her shop, Cree-ations in Winnipeg, for Britain’s newest prince, Prince George Alexander Louis.

WINNIPEG, MB—Among the many gifts that the new prince will receive will be a pair of baby moccasins sewn especially for Prince George Alexander Louis by Winnipeg’s Edna Nabess. Also, his parents, Prince William and Duchess of Cambridge Katherine, received a pair of mukluks.

“Definitely it’s a big deal,” Nabess told the Winnipeg Free Press. “I’m excited to be a part of it.”