Call for unity at Assembly of First Nations’ annual meeting 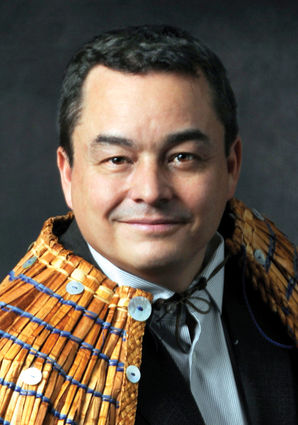 WHITEHORSE, YK—First Nations are in a “perpetual state of crisis” and conditions will not improve if Canada’s First Nations splinter into factions, National Chief Shawn Atleo told the Assembly of First Nations’ annual meeting in Whitehorse in July.

More than 200 chiefs gathered in Yukon for the meeting.

AFN National Chief Shawn Atleo is defending the AFN’s relevance, as a splinter group attempts to form in the Prairies. Some chiefs from Alberta and Saskatchewan have united under a banner as Treaty 7 First Nations. During the same week they held their own meeting in Onion Lake, Saskatchewan. The group said they don’t support the AFN task force that’s been set up to work with Ottawa on claims.

Atleo called for unity among First Nations and told delegates the AFN strives to respect the sovereignty of First Nations while “being careful not to overstep” its boundaries.

“Our agenda, the First Nations agenda, requires that everyone come together…just as Treaty 7 pulled First Nations together to deal with the rising water,” he said.

He added that the AFN supports individual nations negotiating treaty issues with the federal government.

Atleo said the call for unity should not be confused with a call for assimilation or cultural hegemony.

“It does not mean that we must march in lock-step or abandon our diversity,” he said.

“It means we must listen and understand one another. It means driving towards our common values and shared interests and priorities. That is how we drive change. That is how we smash the status quo.”

Atleo spoke of a “resurgence of both family and nationhood” among First Nations in Canada and pointed to self-governments in Yukon as a positive model.

“They have already moved beyond the Indian Act; they are setting their own futures,” he said.