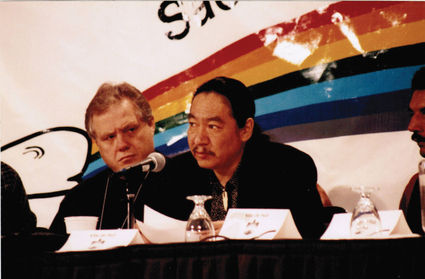 Elijah Harper will have a place in Canadian history forever. He will be remembered for his public service and uniting his fellow First Nations with pride, determination and resolve, and for bringing Aboriginal and non-Aboriginal people together to find spiritual healing.

WINNIPEG, MB—A former member of Canada’s Parliament and the Province of Manitoba’s legislature died in Ottawa on May 17, 2013 after suffering cardiac failure due to complications from diabetes. He was 64.

Elijah Harper gained national attention in 1990 when he took a stand against the Meech Lake accord, which was basically blocking a constitutional amendment which would have given Quebec “distinct society” status by gaining Quebec’s acceptance of the Constitution Act of 1982.

Harper took this stand because the accord was negotiated without the input of Canada’s Aboriginal pe...