Sitting Bull: Defender of His People 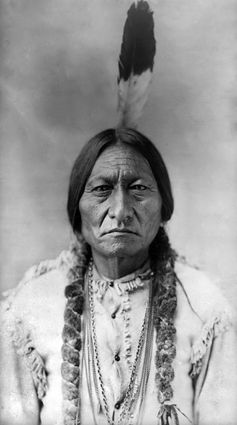 Arguably the most powerful and perhaps famous of all Native American chiefs, Sitting Bull was born in 1831 in what is now called South Dakota.

A Hunkpapa Lakota Sioux, Sitting Bull led his people as a tribal chief during years of resistance to United States government policies. The son of an esteemed Sioux warrior named Returns-Again, Sitting Bull looked up to his father and desired to follow in his footsteps, but didn’t show a particular talent for warfare. As a result he was called “Slow” for his apparent lack of skills.