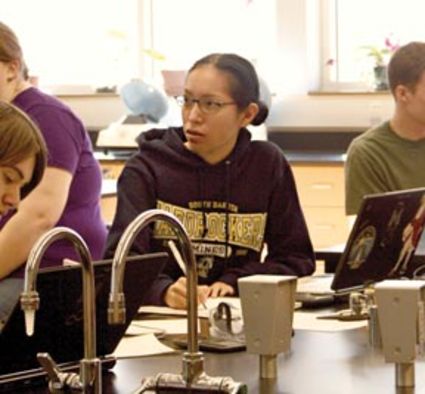 Delaena Rae Uses Knife fully intends to reach her dream of becoming an astrophysicist. Uses Knife is looking forward to a summer internship with NASA.

RAPID CITY, SD—Winning singing contests, art contests, being a model and an accomplished hoop dancer might be enough for some, but not for Delaena Rae Uses Knife, 27, of Eagle Butte, SD, who fully intends to reach her dream of becoming an astrophysicist. Uses Knife is looking forward to a summer internship with NASA and she has also been named one of five of South Dakota’s NASA Ambassadors. “It’s a surreal moment for me,” Uses Knife said.

“A NASA Student ambassador is an honor offered to selective internship/fellowship students,” read an email from NASA headquarters. As an ambassador, Delaena will have access to employment opportunities and educational experiences that will increase her skills while she continues to work towards her degree in Science, Technology, Engineering, and Math, or STEM.

Before she graduated from her reservation high school, Delaena was told by her guidance counselors that she should not attempt to reach her goal of attending Harvard. “Everyone told me I should be a painter,” Delaena said with a wry smile.

Struggling with low self-esteem and being told she wasn’t capable of going to Harvard, Delaena didn’t apply. “At that age, we are so accepting of what the counselors tell us we can be,” she said.

However, Delaena said she has no regrets. Happy to be attending the School of Mines, she said, “When I was a kid, I wished I was smart enough to go here.” That the School of Mines “is a really good school and tops Harvard’s graduate’s salary,” has not been lost on her.

“I started out as an artist. I was a Vincent Van Gogh wannabe,” said Delaena, who had also won awards for singing. After modeling for a while, she said, “I wanted a different image, not to just be about my body. I wanted to use my mind, challenge myself, and the School of Mines is very academically challenging. A lot of students come here and drop out and there is a low rate of Native scientists and engineers. There is a great need, so this is my calling.”

Her future at the SDSMT began in 2011. “I guess I wanted a dare,” she said. Though Delaena said she struggled with low self-esteem, she got her Associates Degree in Liberal Studies at Oglala Lakota College, graduating with a 3.5 grade point average. “I wanted to become a lawyer and eventually go to Harvard, but once I qualified for this internship with NASA, it made me believe I could be anything I wanted to be. If I get the GPA I could really go the distance despite what anyone said. It’s a big come back to anyone who says a Native American can’t go to NASA or Harvard.”

Delaena transferred to SDSMT last fall, and was immediately recruited into the National Science Tiospaye Scholar Program which has programs for engineering and for science.

Professor of Industrial engineering, Dr. Carter Kerk is also the assistant to the Provost for Native American Initiative and Director of the Tiospaye Program. He said that the school’s goal is to increase the amount of Native American graduates through financial, academic, professional, cultural, and social support. To qualify, students have to be academically talented, needy according to FASA, have graduated from tribal high school or college or be an enrolled tribal member, Dr. Kerk said, “It is no secret, we want to increase our Native American students, and we recruit many kids from Central High School.”

About Delaena, Dr. Kerk said, “We are glad she is at South Dakota Mines.”

Kerk said that one of Delaena’s best traits as a student is her conscientiousness. “A lot of students don’t have those qualities. She has told me many times how much she appreciates being in the program, and I wish other students showed as much appreciation,” Kerk said. About her participation, he said, “She is one of those students who is always there, and for us that participation is so important.”

“The mentors and I just love her. She has such a high level commitment and I have great confidence in her ability to succeed,” Kerk said.

Dee LeBeau, Tiospaye Science Engineering Mentor, through the School of Mines, said, “Delaena is a little fire cracker. She is so hard working, and even though she has been derailed a few times, she is very diligent, and determined. She sincerely wants success for herself, and she is capable of achieving it.”

LeBeau also said that Delaena’s speech impediments, which she developed at the age of four, might be considered a setback for some, “But Delaena is doing what she needs to do to run with the big dogs.”

Delaena described her occasional stutter, which developed when she was four years old, as simply another challenge. “That has been another thing that makes me so determined to prevail, and also to challenge myself to overcome it.”

The NASA internship will take place in the summer and will include spending time in Washington, D.C. There will be a stipend that enables her to travel, stay in D.C. and accommodate other needs.

Delaena Rae is an enrolled member of Mnicojou Cheyenne River Lakota Tribe and is the daughter of Matthew and Margie Uses Knife, and descendent of Chief Low Dog, Chief Gall, and Chief Rains in the Face. She hopes to someday work in the NASA control room, counting down lift off for rockets. She doesn’t necessarily want to be an astronaut but wants to be behind the scenes. When asked if she was interested in going to Mars, she said, “It takes three years to get there, based on light instead of speed, so I would be away for a while.”

When asked what advice she might have for other students who have big dreams and equally big challenges, she said, “It’s all in your head.”