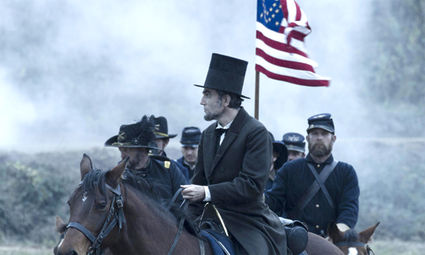 A leader does what he believes to be right, regardless of how popular or unpopular it’s going to make him or her. It’s clear that Abe Lincoln and his allies pushed through legislation that wasn’t in line with how most of the country thought about slavery and blacks at the time.

Steven Spielberg’s film Lincoln is deceptively titled; this isn’t a biopic in the traditional sense of the form. A better title would be “The 13th Amendment,” but it’s pretty easy to see why Spielberg and company didn’t go with that. Lincoln plays like a 19th century version of The West Wing. It focuses on a few weeks in Lincoln’s White House, and the struggles, contriving, deal making, scheming, and pleading it took to get an abolishment of slavery into the Constitution.

Backroom political deals may tarnish our notions of how a democracy really works, but surprisingly enough,...