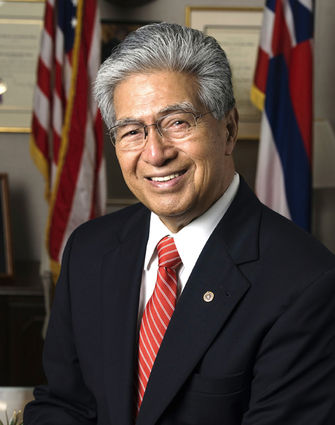 U.S. Senator Daniel Akaka was the first Native Hawaiian to serve on the committee. He retired after many years in the U.S. Senate.

WASHINGTON, DC—U.S. Senator Daniel Akaka (D-Hawaii) chaired what was likely his last Senate Indian Affairs Committee hearing on November 29, 2012. Akaka took over the committee at the start of the 112th Congress in 2011. He was the first Native Hawaiian in the post.

“It has been a great honor for me to serve with you as vice chairman on this committee,” said Senator John Barrasso (R-Wyoming). “You have been a great friend and a great teacher to so many of us who have had the great pleasure of working with and serving with you. You have led by example in carrying out our bipartisan tradition.”

Akaka’s major achievements in the 112th Congress include passage of the Indian Health Care Improvement Act, which became permanent through the Affordable Care Act, the Tribal Law and Order Act and the Helping Expedite and Advance Responsible Tribal Homeownership Act (HEARTH). His committee also passed several bills benefiting individual tribes across the nation.

“I think you have made this committee what it is for the last two years, and I want to thank you for bringing up important issues that impact Indian Country up and down the line,” said Senator Jon Tester (D-Montana).