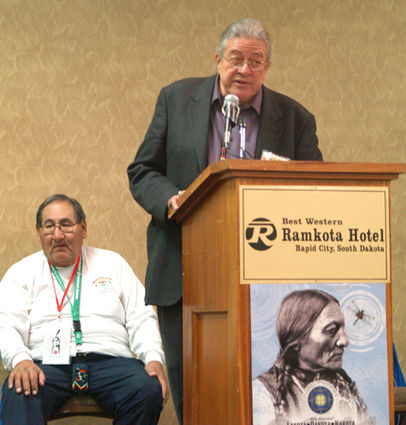 Brewer on November 15, made a pledge to make major reforms in regard to Lakota language policy and revitalization on the Pine Ridge Reservation.

The announcement of this historic action fittingly came at the opening of the fifth annual Lakota, Dakota, Nakota Language Summit held in Rapid City, November 15-17 at the Best Western Ramkota Hotel & Conference Center. The conference’s sole purpose is the examination of ways to revitalize Native American lan...