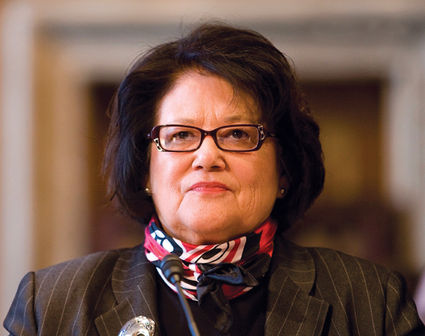 Louise Cobell would have been thrilled to hear the news of the distribution of payments. She was the one who first took action against the U.S. government.

WASHINGTON, DC—Kilpatrick Townsend & Stockton law firm announced that the federal judge overseeing the historic Cobell settlement authorized $1,000 payments to begin for approximately 325,000 Native Americans. “With this authorization from U.S. District Judge Thomas F. Hogan, we are working non-stop to get this first round of checks to as many class members as possible before Christmas,” said Keith Harper of the Kilpatrick Townsend law firm representing the plaintiffs.

Led by the late Elouise Cobell, several Native Americans filed a class action lawsuit in 1996 against the government...