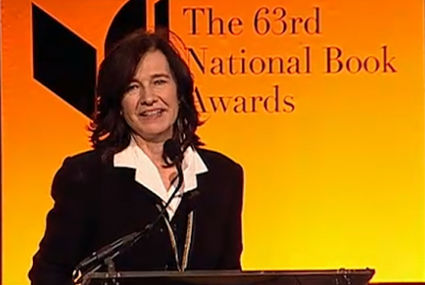 MINNEAPOLIS, MN—Author Louise Erdrich won the National Book Award for The Round House, her look into criminal justice issues in Indian Country.

Erdrich is a member of the Turtle Mountain Band of Chippewa Indians in North Dakota. Her novel is based on a fictional reservation, also in North Dakota, where a woman’s assault raises jurisdictional and other issues.

Erdrich accepted the award on November 14 in New York City. “This is a book that talks about the real situation in the real world,” she told The Minneapolis Star Tribune after the ceremony.