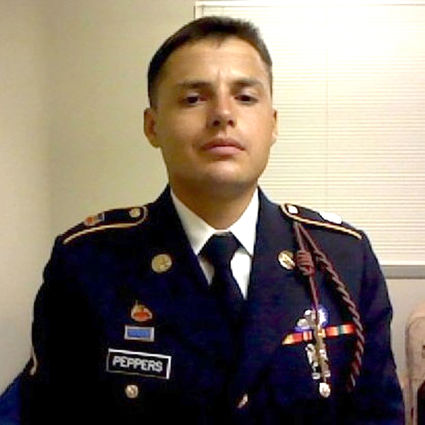 Joshua Peppers is recovering in U.S.

BILLINGS, MT—Joshua Peppers, a member of the Northern Cheyenne Tribe of Montana, is back in the U.S. after being injured in Afghanistan.

Peppers, 27, stepped on an improvised explosive device (IED) while on patrol. He’s in recovery at the Walter Reed Army Medical Center in Maryland after his right foot was amputated.

“He said he felt pretty lucky to be alive considering what had happened,” his mother, Rae Peppers, told The Billings Gazette. “His spirits are positive and he is glad to be back in the States.”