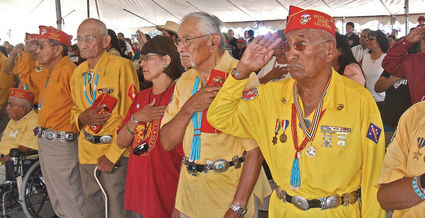 The Navajo Code Talkers are heroes and icons because they helped win World War Two. The Japanese couldn’t break the code, so communication was unbroken, giving the US the upper hand in the Pacific. Today they are our elder statesmen.

ALBUQUERQUE, NM (ANS)—One of the marvelous facets of living in New Mexico is the Native American influence found in the cultural life of the state.

Though New Mexico was new to the United States in 1912, its culture, life, and history was—and is—some of the oldest in North...