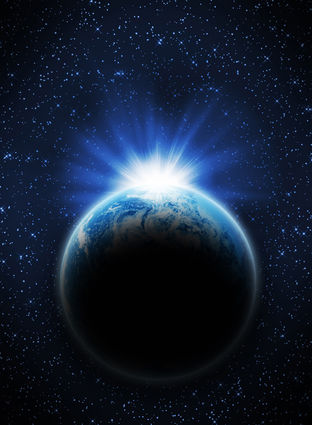 Two space probes, Voyagers 1 and 2, began their long journey across our solar system 35 years ago. They sent back images and information never before seen or imagined. Scientists not only saw Jupiter’s huge red spot up close, but they watched a volcano exploding on Jupiter’s moon Io. The spacecraft revealed icy details of Saturn’s rings and discovered atmosphere on Titan, one of Saturn’s moons. Voyager 2 relayed the sight of geysers erupting on Neptune’s moon, Triton.

Voyager 1 is now entering the outermost layer of the heliosphere, the edge of the great magnetic bubble created b...