NAIITS Symposium: Giants amidst the brick and ivy 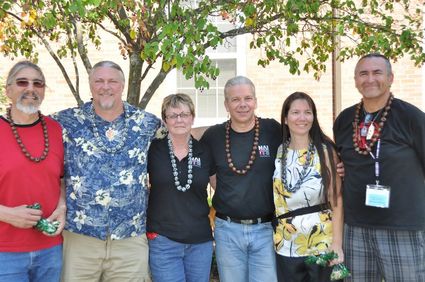 Some of the NAIITS board members at the 2012 Symposium at Wheaton College. Left to Right: Ray Aldred, Randy Woodley, Wendy Beauchemin Peterson, Terry LeBlanc, Andy Smith, and Richard Twiss.

The topic of this year's symposium was "Giants in the Land: Metaphors for Native Evangelicalism," inspired by an old, well-known quote from Billy Graham: "The Native North American has been a sleeping giant. He is awakening. The original (North) Americans could become the evangelists who will help win (North) America for Christ!"

Conference attendees were gifted with presentations from a number of note...